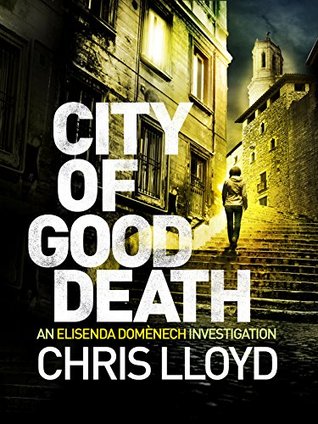 Chris was born in an ambulance racing through a town he’s only returned to once and that’s probably what did it. Soon after that, when he was about two months old, he moved with his family to West Africa, which pretty much sealed his expectation that life was one big exotic setting. He later studied Spanish and French at university, and straight after graduating, he hopped on a bus from Cardiff to Catalonia where he stayed for the next twenty-four years, falling in love with the people, the country, the language and Barcelona Football Club, probably in that order. Besides Catalonia, he’s also lived in Grenoble, the Basque Country and Madrid, teaching English, travel writing for Rough Guides and translating. He now lives in South Wales, where he works as a writer and a Catalan and Spanish translator, returning to Catalonia as often as he can.
He writes the Elisenda Domènech series, featuring a police officer with the newly-devolved Catalan police force in the beautiful city of Girona. The third book in the series, City of Drowned Souls, is published on 6 February 2017.
Interviewed by Faye